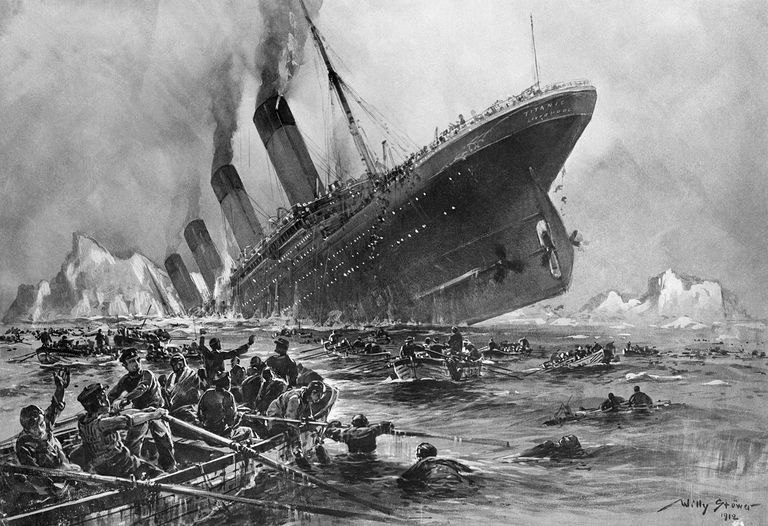 Four days into her maiden voyage, in “iceberg alley” in the northern Atlantic, the Titanic hit an iceberg while going at almost maximum speed. Said to be “unsinkable” the ship was designed to stay afloat with 4 flooded compartments.  The iceberg ripped a hole in 6 of the 16 compartments and the ship sank in just 2 hours and 40 minutes. Fifteen hundred died. The wreck itself was found in 1985 and the movie Titanic (1997) was the first film to make a billion dollars at the box office.