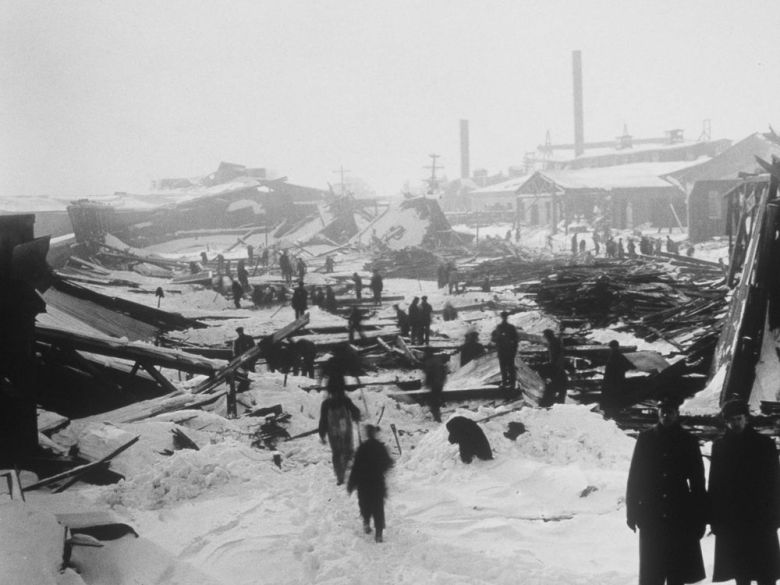 On December 6, 1917, in Halifax Harbour, a Norwegian ship collided with a French ship that was loaded with explosives. The blast killed approximately 2000 people, and about 9000 were injured. The entire Richmond area of Halifax was flattened. Most of Halifax was destroyed. A tsunami created wiped out a MikMaq First Nation settlement that lived in a nearby cove. To top it off a nasty snowstorm started the next day. At the time the Halifax explosion was the largest man-made explosion ever.