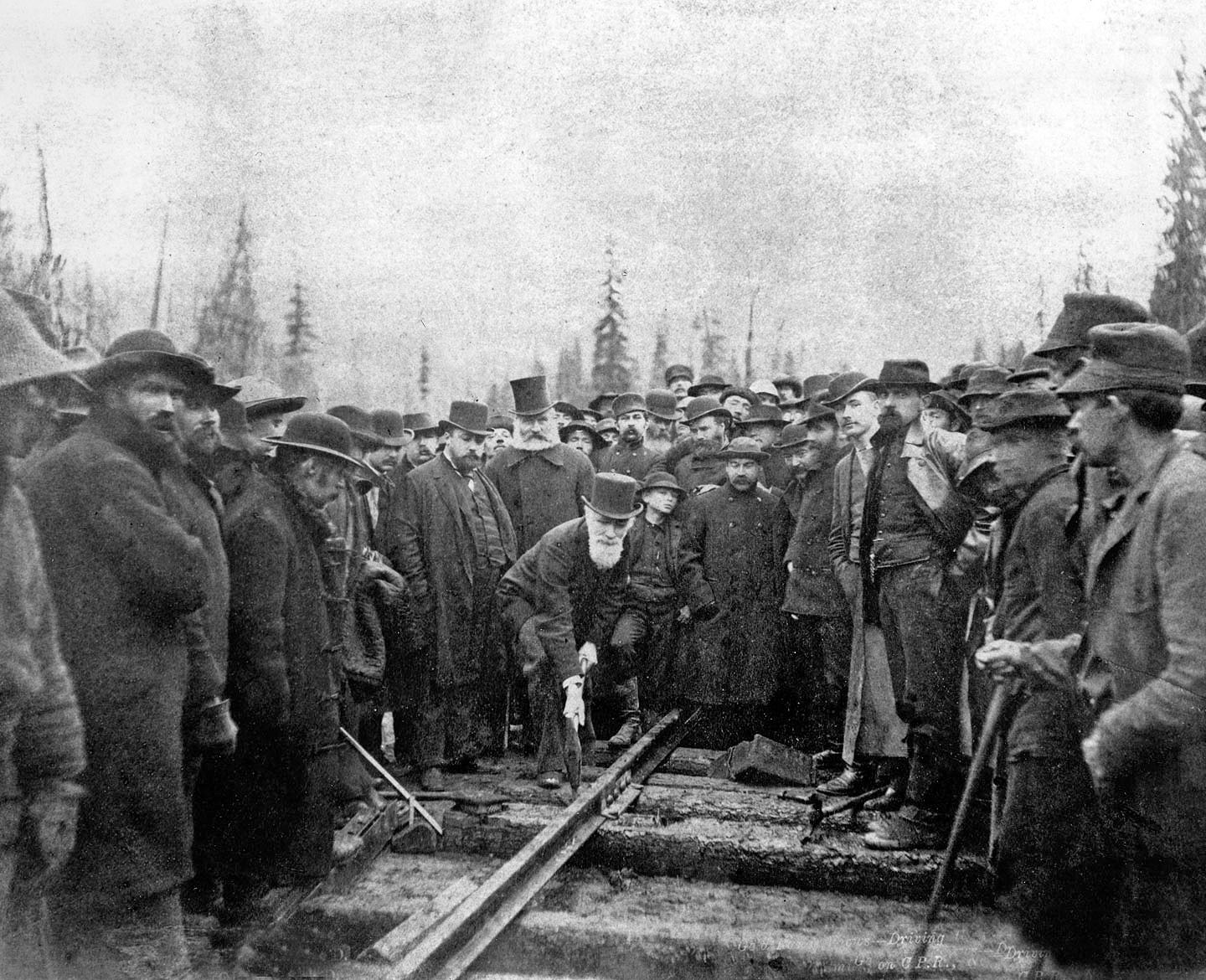 The last spike of the Canadian Pacific Railway was driven on November 7, 1885. It was a huge and magnificent achievement of a fledgling country intended to unify the country. It was a promise to BC when they joined Confederation in 1871. The terminus was in Port Moody BC, but the last spike was driven in Craigellachie near Revelstoke.