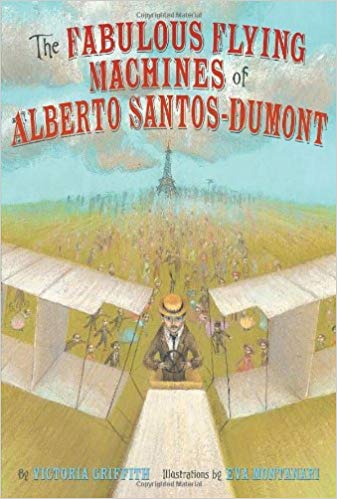 Alberto Santos-Dumont was an early aviator who contributed to the development if lighter-than-air craft (dirigible, hot-air balloon) and heavier than air craft (airplanes).  He came from a wealthy Brazilian family of coffee producers. In October 1901 his dirigible flew around the Eiffel tower. October 23, 1906, he completed the first European heavier-than-air flight – the Wright brothers first flight was December 17, 1903.