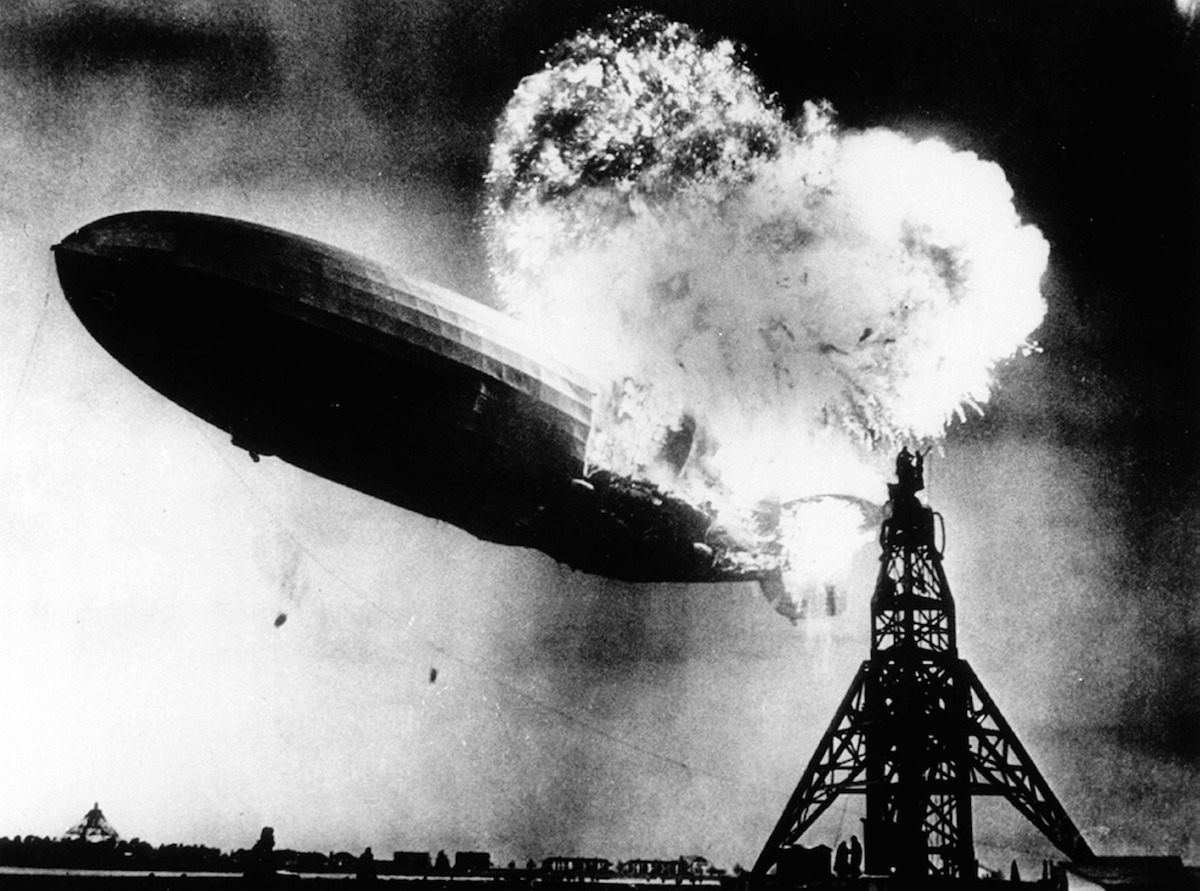 While trying to dock with its mooring mast in New Jersey, United States, the German passenger airship, Hindenberg,  filled with hydrogen, caught fire. 97 people were on board – 36 died. This was the end of using airships for transportation. WWII started 2 years later,  and by the end of the war, it was clear that planes would be the transportation system for passengers in the future.