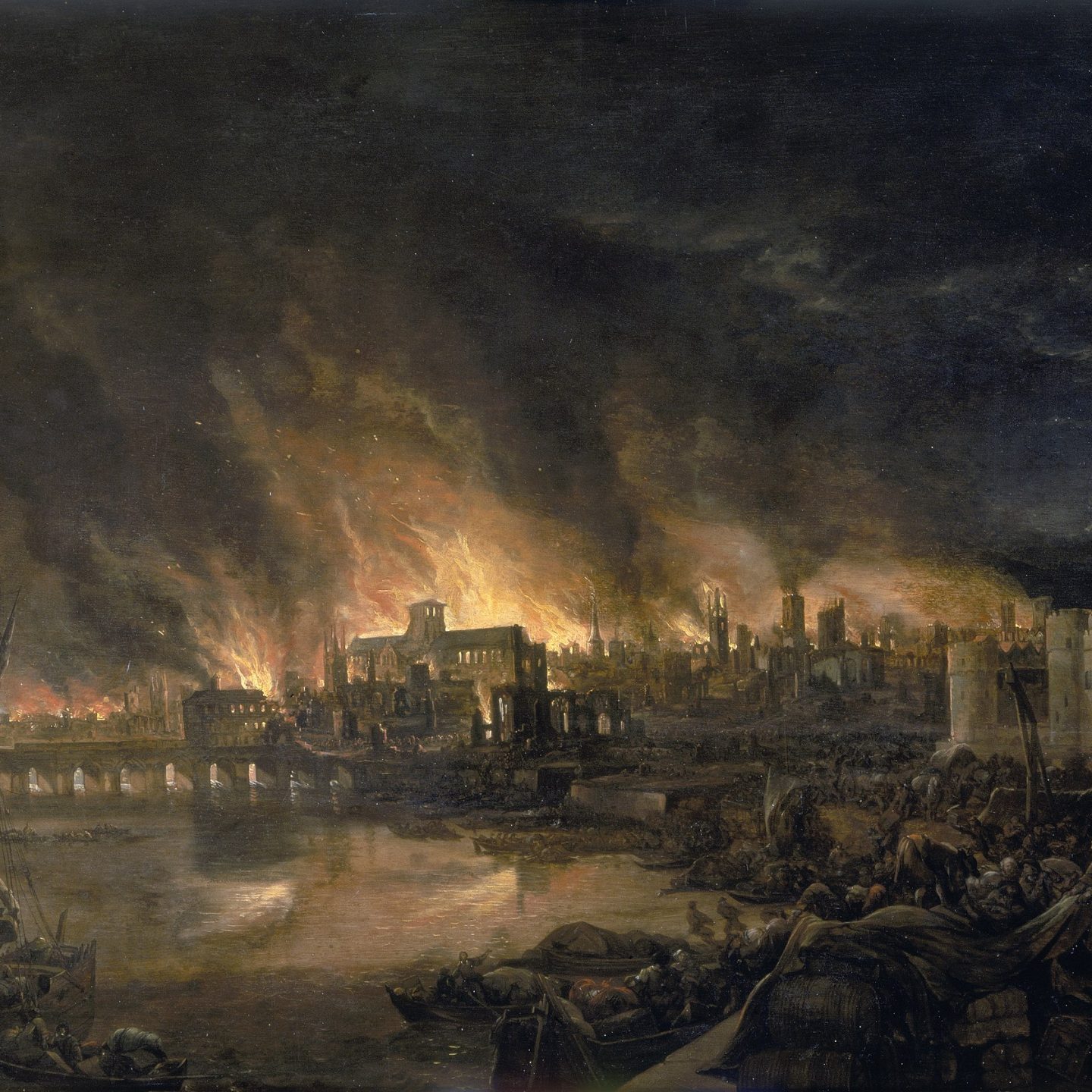 The fire broke out from a bakery and spread through most of the old walled city of London near the docks and through 2 of the gates in the City.  London was the biggest city in Europe at the time but there was so much chaos in attempting to rebuild that no official count of the dead was made. The fire burned down 13,20 homes, 7 churches including St. Paul’s Cathedral, several prisons, 3 city gates, 44 company halls, the Custom house (for collecting taxes on trade), the Royal Exchange (stock market), and lots more. It took days to put it out. One effective strategy was to create firebreaks by blowing up and pulling down houses in the way of the fire.  (On the map of London, note the dark lines represent the old walled city of London with its various gates.)