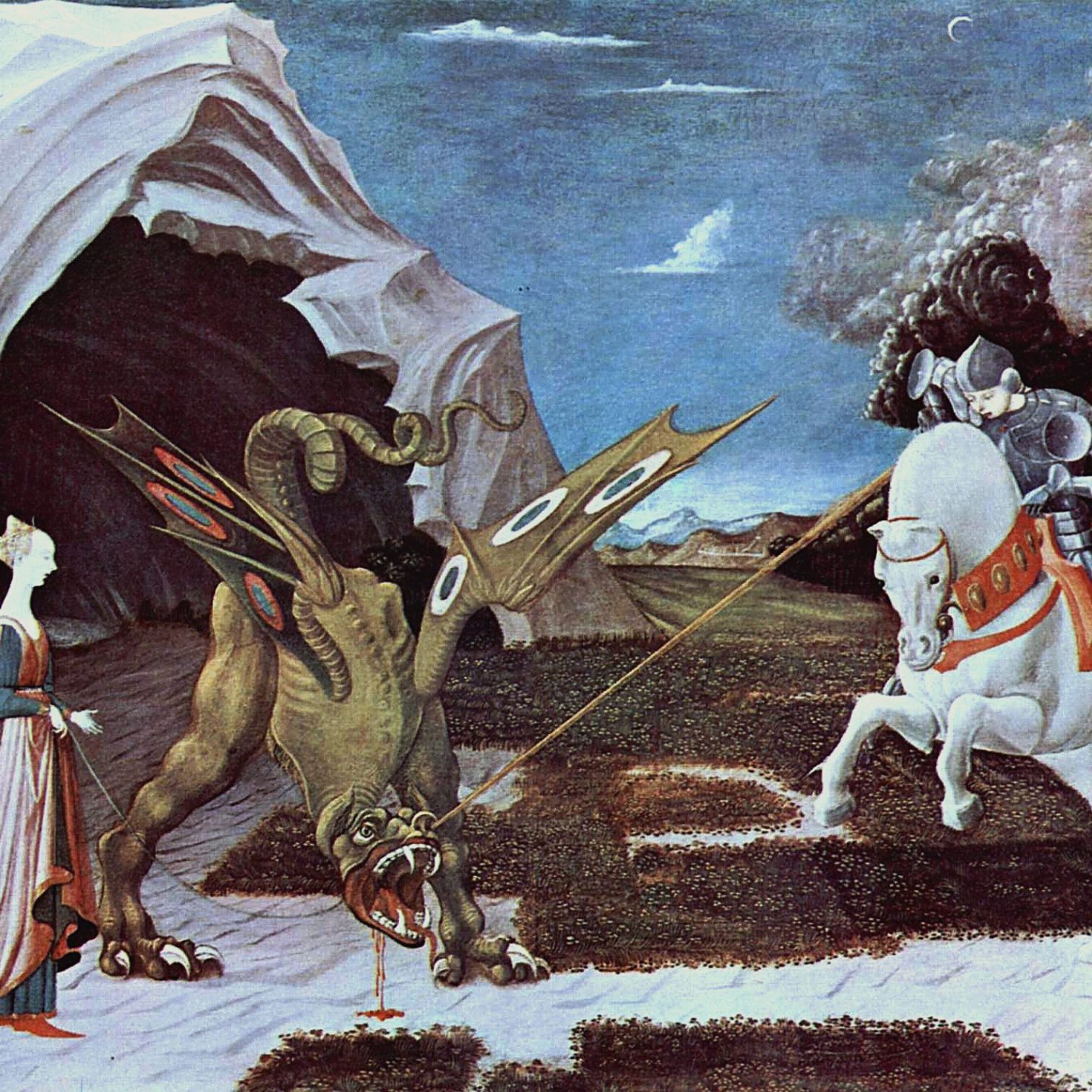 Uccello painted tis in about 1470.  It shows St. George killing the dragon who demanded human sacrifices to rescue the princess who was to be the next sacrifice. The story was around before Christianity and some people say it was the finding of dinosaur bones that had begun the tale that “once there were dragons.” Several saints had the story attached to their legends, but it finally settled on St. George.  It became part of the chivalric tradition.